From election monitoring to POINT

We’ve been spending quite a lot of time lately in the Balkans: more precisely Bosnia & Herzegovina, Serbia, Macedonia and Montenegro. And let me tell you, sibling: the Balkans are teeming with activists for transparency, accountability and civic engagement.

The story so far

It all started in August 2014, when the Bosnian organization Zasto Ne called us to participate in a hackathon to try and make sense of the Bosnian election with data: 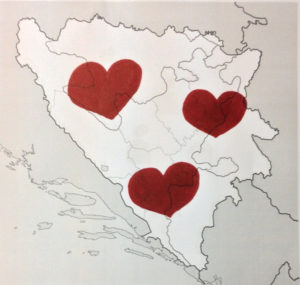 For the love of bureaucracy. Courtesy of the Bosnian Election Hackathon team

Our pattern master Tin Geber, project manager and resident Balkan, joined an international team of coders and storytellers for a 5-day sprint and deep dive into the most complicated electoral system ever invented (School of Data wrote a great blog post about it). While in Bosnia, we got to know the awesome folks from Zasto Ne and learned about ActionSEE, a coalition of organizations involved in tech for transparency and accountability spanning the Western Balkan region. Evolved out of CommunityBoostr and with support from TechSoup Europe, ActionSEE was just kickstarting the Balkan Data Academy, a region-wide project for transparency and accountability: we hopped on the chance to support it like a feline on a cardboard box. 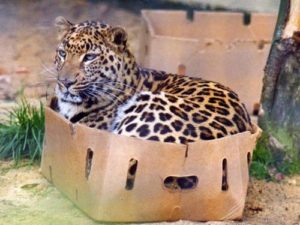 The Data Academy started in Christmas 2014 with an inception workshop in Sarajevo, where we defined what an Academy workshop would look like: 2.5 days of intense hands-on brain share and skill learning with activists, researchers, and coders, with a healthy mix of domain experts and new people.

The Academy’s goal is to build connections and provide concrete skills by working from scratch on data-driven transparency and accountability projects. From bringing participants up to speed on concepts of technology for advocacy, open data, and digital ethics, the sessions dive right into participant-led projects with expert support in data scraping, data wrangling, and visualizing information.

In the month of April 2015, we supported the Data Academy with four pilot Data Academy workshops in four countries: Macedonia, Montenegro, Serbia and Bosnia & Herzegovina. The trainings followed the agenda template, but each training was heavily adapted to fit the local context, and participants’ desires on what skills they wanted to learn, and what project they wanted to work on. In Macedonia, participants investigated crowd-sourced reporting tools for health and safety of public toilets, safer biking lanes, and accountability of universities. In Montenegro and Serbia participants concentrated on making government-released financial data on public officials more usable, by scraping and cleaning the released datasets. In Bosnia, participants dug deep into visual storytelling on election data (because honestly, we can’t get enough of Bosnian elections).

While hackathons are a great way to do strong pushes towards answering specific problems (and there are some amazing ones out there), the Data Academy is all about creating lasting connections. That is why each Academy session is just a first step in a bigger march towards  a techno-activist critical mass: by building capacity and strengthening networks, the Data Academy is betting on enabling long-term social change. In fact, the Academy projects will continue their work in the Data Academy datathon, a two-day sprint during the POINT conference.

What is the POINT conference, you say?

the engine room to the POINT – internet privacy, Data Academy, and the Matchbox project

The POINT conference (Sarajevo, 20-24 May 2015) is a regional conference of CSOs from across Southeast Europe and international experts, all of whom intensively use technologies in their work. POINT will investigate how tech is used for the social good, how it can be improved, and how it reflects on government policy. We will be there to talk digital security and privacy on the internet, our work with the Matchbox project, and the Data Academy datathon.

Let’s get to know each other

We’re really excited to meet new people: if you’re attending POINT and want to know more about the engine room, make sure to find Tin (he has a frosty beard), buy him a Bosnian coffee and pour your heart out. 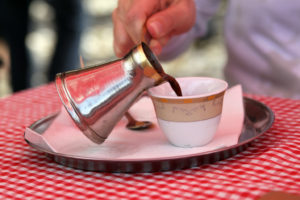 From shared concerns to productive frictions: on the intersections of digital rights and environmental/climate justice

Building digital tools in social justice organisations: what to consider before getting started