How to Plan a Responsible Digital Death

What can we do to prepare for our digital death?

Apologies, I’m going to get morbid.

Death. Nobody wants to talk about it, but, I think we should. I was in Mexico last year for Day of the Dead, and that attitude of confronting and talking openly about death seemed to me a whole lot healthier than just ignoring it.

Willow’s project Networked Mortality covers a lot of issues that we probably all need to think about. Dealing with death in a digital age involves a lot of relatively new processes and #responsibledata considerations: things like, what happens to your social media profiles? Who has access to them? Networked Mortality includes a number of links to sites that help think through what digital assets you own and services to help you organise those proactively.

Death and your data

There are certain actions that we as individuals can do to responsibly manage our data, and plan in advance for death. And then there are things that the companies we entrust with that data can do – or not do.

In 2014, Eric Meyer’s post on Facebook’s automated Year in Review showing him a picture of his recently deceased daughter brought tears to a lot of people’s eyes, and prompted a response from the relevant product manager saying they would be taking his comments on board for future projects.

Other companies would do well to learn from this upsetting example. Currently, Google has a feature called Inactive Account Manager to “tell Google what to do with your Gmail messages if your account becomes inactive for any reason.”

Facebook offers the possibility to set up a memorial page, or to deactivate accounts – and asks for a scan or upload of a person’s death certificate to “speed up the process.” In 2015, they began offering the possibility of choosing a “legacy contact” – ie. someone who can manage an account if that person passes away.

In 2014, the fabulous subversive political campaigning group Peng! did a parody of Google at a big tech conference here in Berlin, called re:publica. It was just after Google’s takeover of Nest, so they launched the Google Nest set of products – which included Google Bye, and sounded remarkably like something that Google might actually launch.

Getting practical about life (online) after death

Planning and preparing is all well and good, but when it comes down to it, dealing with someone else’s digital data at an already difficult time is really hard. For many of us working in somewhat ephemeral global communities, it’s also hard not having anywhere to go and pay respects. The days of paying respects at a gravestone, a physical location for memorial, are long gone.

When my friend Michael died suddenly last year, we faced this problem. We wanted a memorial page where anyone could go and leave memories and photos, and come together online in our shared mourning.

We definitely didn’t want this data to be on a Facebook server somewhere, or owned by Google or some other third party; something would have felt very wrong about having our precious memories hosted alongside filtered photos of someone’s brunch.

But there didn’t seem to be any ways of doing this. So, Fin built a memorial site and open sourced it, with documentation to help others redeploy it in the future. He and Willow wrote about the site’s infrastructure in more detail, too.

As they say, it sucks to have to need this kind of site, but I’m glad the infrastructure is now there for others to use.

Where projects go to die

Sidestepping away from human mortality, the death of projects and companies who hold our data is also an important responsible data issue. When a legal institution gets dissolved or absorbed, where does the data it holds go?

With the new takeover of Yahoo by Verizon, what will happen to Flickr’s decade of photos, metadata, comments and user accounts? Hopefully something more responsible than the sorry tale of Picturelife, a photo storage cloud service that removed all its users’ photographs.

A service called ThinkUp announced in June that it was shutting down, and in their goodbye notice, they included a few data-related updates, like proactively saying “after a grace period to let everyone get a copy of their data, we’ll securely delete all the user data from the system.”

Similarly, the share-one-link-a-day platform This. also announced it will shut down at the end of July, and offers users a tool to export their links and download their data. I’m curious as to whether they built this tool from scratch, or whether it was something they had planned for in advance, and I’d guess the latter.

Both of these are great examples of proactive responsible data planning, which I appreciated learning about.

The death of the electricity meter

Our nostalgia for the death of technology can manifest itself in many creative ways. In the UK, gas and electricity meters are being replaced by “smart meters”, which will allow consumers to see how much energy they are using, and eliminate the need for anybody to visit a property to ‘read’ the meter.

Privacy issues of the new smart meters aside, the death of the traditional meters has provoked quite the reaction in the UK Arts scene. Last year, the Royal Philharmonic Orchestra performed a requiem using instruments made from old gas and electricity meters, written by Gary Tarn and recorded at Abbey Road.

Not only that – the British Poet Laureate, Carol Ann Duffy has just written a new poem, released last week, called Meters. Give it a listen!

Technology is changing rapidly. This means that tech formats are changing rapidly too – and it can have a huge impact on how your project might look in a few years’ time. Just this morning, someone asked me for a blank CD: I couldn’t remember the last time I’d seen, used or owned a laptop with a CD drive.

As this Guardian piece outlines, it’s not only tech that’s going out of date. Simon Rogers also writes about how databases powering data-driven journalism stories are getting taken down, leaving a spate of 404 error pages in their wake.

What should we do about it?

Is it realistic to expect that our digital lives will stay online… forever? Should we plan to keep things online for as long as possible, or should we just get over our nostalgia at seeing error pages and sites going offline? And from the provider side: what’s the most ‘responsible’ way of dealing with this problem? 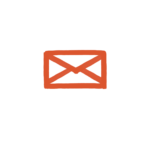 Sign up to get Mission: Responsible delivered to your inbox 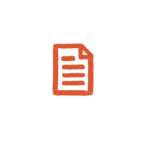 Get equipped with the Responsible Data Handbook